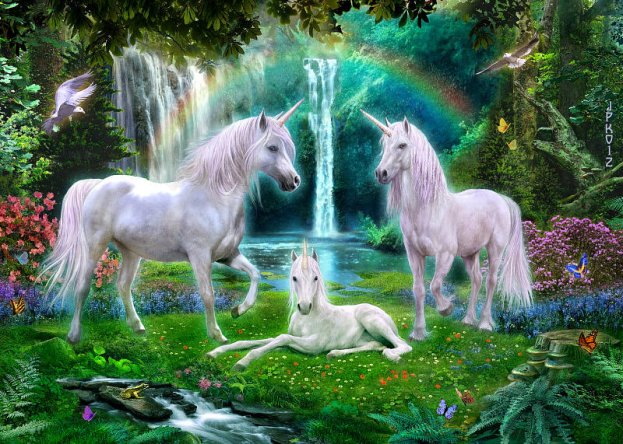 I won’t do a big intro. We’re all busy and no one reads intros. I’ll get straight to it.

We’re all being bombarded with unicorn things in the tackiest sales pitch of the century. It’s bullshit and we know it.

But it’s even darker and more cynical than you realise.

If you like unicorn shit, you can buy it

Yeah, unicorn fluff, that’s poop and it’s meant to be funny. You can also buy meat, milk, burps, blood and spunk and other ironic unicorn related stuff.
But the spunk is probably the only trustworthy unicorn product on the market.

Because – in mythology a unicorn is an erection… basically. It was a horned beast who would show up if a maiden flashed her baps (English for, going topless). But like all things weird, somewhere along the line it got hijacked, firstly by the Renaissance painters who liked to paint anything that could be interpreted using bare breasted women and later by cartoonists from France to Japan.

Why are we seeing them now?

Nostalgia. Plain and simple. It sells and the Millennials are suckers for it because the world right now is so shitty and unpredictable. Those cartoons that have been doing the
rounds since the 80s, Rainbow Bright, The Last Unicorn, My Little Pony, She-Ra, tended to have a unicorn of two in.

Hang on. Did someone say Rainbow?

Yeah. Me. Rainbow Bright. If you remember your nostalgia accurately, you’ll also remember she didn’t have a unicorn, but ask most people and they’ll swear she did. Why was that? It’s the association with rainbows. In the last few years, we’ve started putting unicorns and rainbows in the same sentence. i.e. “Rainbows and Unicorns!” (Transl. Think Positive).

Rainbow colours in my hair, on my nails, in my ice cream – happy, happy, happy. I love rainbows. I can’t think of anyone who doesn’t. But guess who really loves rainbows. The LGBT+ community. Oh… wait… hang on… marketing trend toe curl… “If we say rainbow when talking about all things rainbowy, won’t we sound, well… a bit gay?”

Yes. And there is the reason all your pretty, multi-coloured stuff got rebranded as UNICORN. It’s not because it’s pastel. Look at a rainbow. Rainbows are pastel. And none of this stuff has anything to do with horses or horns. It’s because firms like Starbucks want to cash in on your desperation to buy something colourful and happy but they don’t want to risk losing 50% of these potential customers who might have negative feelings towards rainbows.

owever..
Thanks to Starbucks and the like, the nostalgia of a unicorn is now being replaced with real, recent memories, which might not be so sparkly. Anyone who’s had a Unicorn Cappuccino will realise, while your drinking your sugar fluff, your phone still rings, your boss still loses it and people are still using your tax money to drop bombs on children in other countries.

So either way, we’re over it. The Last Unicorn will die soon. But rest assured, something equally meaningless is waiting in the shadows to take its place.