This week, Guest Blogger, Photographer and Author A .P. McGrath talks about his novel “A Burning in the Darkness” and his portraits of Montserrat.

“The small town in south Tipperary in Ireland where I grew up had a population of 5,000 and when I was a teenager I began taking black and white photographs of local people in the places where they worked and lived. My mum knew the editor of the local newspaper – everybody knows everybody in a town that small. He liked the pictures I was taking and offered a weekly slot entitled ‘The Town and It’s People’. I would approach shop owners, butchers, pub owners etc. and ask them if I could drop by some day soon to take their picture. I realised they would dress up a little and strike a certain pose, but people reveal themselves through these self-conscious acts as much as they do when they are caught unawares. These folk had a certain pride in their living or work places and I wanted to capture these spaces as much as the people themselves. I was interested in the details of the old shops that were giving way to the more modern out of town shopping. I liked the light and the tonality and the resonances of past times. The weekly portraits were a hit with the townsfolk. Indeed on more than one occasion I remember my mum remarking to me “Oh, I hear Mrs O’Reilly is disappointed you haven’t taken her photograph”. The townsfolk wanted themselves seen in and certain light and, in truth, I probably had my own slightly selfish reasons for taking the photographs. I knew that I wanted to leave.

“Probably all of the world’s biggest airports have a quiet prayer room offering sanctuary before a journey. A traveller might be embarking on a whole new life in a new country. Maybe he or she has planned an escape from an anxious past or is simply going on a welcome family holiday in the sun. Travel can also be a dreary necessity. We may need to make a business trip or a journey because of events that are beyond our control, as in the death of a family member or loved one. One friend told me she was about to go on a business trip when she miscarried her second pregnancy. She was in her mid to late forties and knew it was probably her last chance to give her young son a brother or sister. She entered the quietness of the prayer room and had a think and a good cry before she carried on with her journey. The prayer room had been a welcome and necessary shelter. 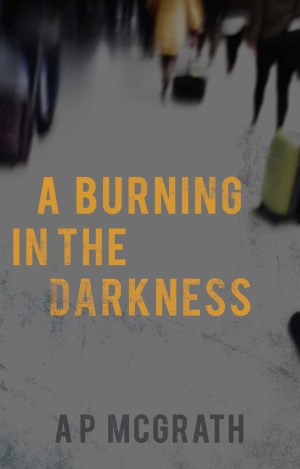 “In a novel, place is inseparable from character and events. Indeed it can become an effective character in itself, a protagonist, soaked in mood. My novel A Burning in the Darkness begins in the prayer room of one of the world’s biggest airports. There is a tiny confessional box and in its anonymous darkness a voice confesses a murder to Father Michael Kieh, but a young boy has witnessed the killer go into the confessional. Michael becomes the main suspect in the murder investigation because of a group of pitiless antagonists, but he doesn’t betray the identity of the young boy nor break the Seal of Confession.

“The airport is a cinematic place. It is a frenzied cathedral dedicated to travel. It is also a lonely place. Michael is one of a number of faith representatives tending to the needs of more than 80 million passengers who pass through its gates each year, yet he rarely gets to see members of his flock more than once. His environment is constantly changing and he begins to question his faith. As a consequence, he is drawn to the companionship of an art dealer, Joan, who frequents the airport for business trips.

“Michael grew up in Liberia in the midst of its brutal civil war. His childhood experiences shaped him and made him what he is: a good man. I wanted to explore the idea that he had the freedom to think differently from his environment. He had the ability to strike out against its dominant mood because he wanted the world to be good and not characterised by the destructive madness of war. And he had the strength of character to do it.

“I studied English and Philosophy at University College Dublin, but I also trained and studied as a photographer. In the late eighties I had the opportunity to go to the tiny Caribbean island of Montserrat and used my time there to take portraits of some of its people. Some months ago, after I’d finished writing the novel, I was doing a clean-out of the attic and came across the photographs which had been hidden away for many years. 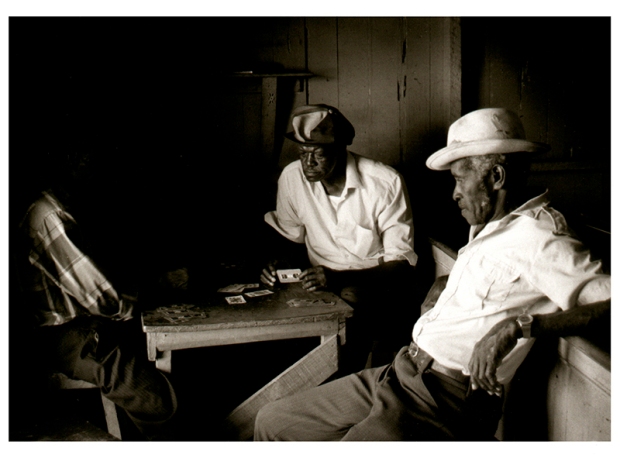 I was struck by the way they explore the intertwined relationship between character and environment. In technical terms the portraits are taken with a wide angle lens so that you see both the person and the surroundings. I was drawn to the looming Soufrière Hills volcano at the centre of the island and it becomes the backdrop to many of the photographs. However in July 1995, the volcano erupted and destroyed most of the main habitable areas, including the principle town, the airport and docking facilities. Two thirds of the population was forced to leave, mainly to the UK. 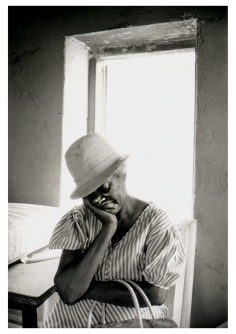 Most of the photographs were taken in parts of the island ravaged by the volcano. This area was designated an exclusion zone and it covers more than half of the island. So there is poignancy to these photographs that capture a world now lost.

Several months before the publication of my novel I realised I had to set up a web site. I’m not a corporate person. I couldn’t see myself in a smiling brochure portrait, passing myself off as a kind of salesperson. But I could see that the photographs of Montserrat might say as much about me as they do about the people in the photographs. 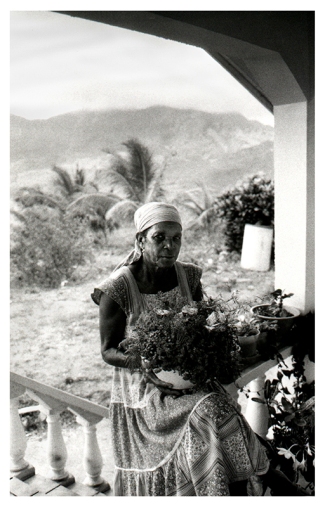 The quality of the relationship between the subject and the artist is crucial. The degree of imaginative sympathy for the subject is something that sets a good work of art a part from others. The ultimate skill is not in mastering the camera or a fancy ability with words; it is getting the subjects to reveal themselves – even if the subject is entirely your invention.”

You can find more portraits of Montserrat on AP’s web site: http://www.apmcgrath.com.