Two interesting looking books popped up on my Kindle this week: Rivers of Gold by Adam Dunn and The Graybar Hotel by Curtis Dawkins. Both sounded gritty and noir-ish for different reasons, so I was pleased to give them a go. After finishing, I had a strange feeling, kind of like waking up after being hit by a plank of wood to find a credit card receipt for 20 shots of premium tequila in my pocket. 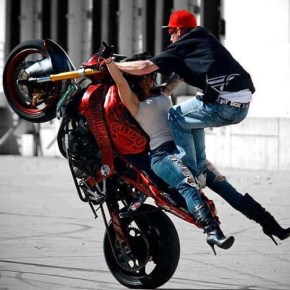 I guess you could say that’s my masculine side coming out. I felt like a man – a manly man. Because, these books are just that – totally – manly.

The Graybar Hotel by Curtis Dawkins
First up, this is a collection of short stories written by a current inmate serving life without parole for a murder during a ‘botched’ house robbery. The first thing you notice in this collection is how well it’s written. This isn’t a teenager writing fan fiction, this is someone who knows their craft, and I suppose he should as he has an MFA from Western Michigan University. This book isn’t actually out yet and the publishers have asked that no quotes be shared, but I’ll just say this, the authority of the stories just melts off the pages.

The setting is mostly Kalamazoo Prison, Michigan and the narrator seems to be often the same person interspersed with an Arthur or a George as he tells us their stories too. He takes us through a wide range of experiences from Processing to spending time in Quarantine before being sent to a prison, to the prison itself. It feels dramatically realistic, but there’s also a smattering of the supernatural too. 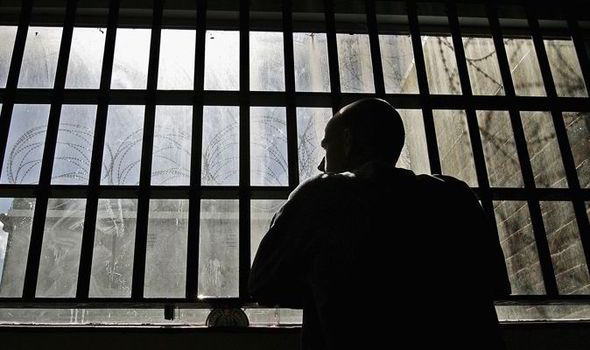 Where this book really shines is in the glimpses of insights into how an obviously intelligent and educated man mitigates the monotony of life in prison. Early on, ‘I’ tells us he isn’t normally a sociable person, talking for no reason, but in jail, you have to be, as there’s nothing else to do. And I think many of us could imagine this of ourselves (imagine it and shudder). So in order to reconnect with the outside world, he calls random numbers collect (he doesn’t have any personal contacts he can call) in the hope that someone on the other end will talk to him for 15 minutes, or at least let him listen to the traffic noise outside their house or the background TV and this as an idea is mesmerizing. In a nutshell, this book is mesmerizing, like been taken for an experience which I hope I’ll never encounter, but for which I’m grateful for the advice. It reads partly like a diary, partly like a philosophy.

However, a couple of factors got in the way of absolute pleasure. First off, there’s the issue of the author. If you want to learn more about him, check out Bullmenfiction.

The phrase, “I shot a man dead who had no business being shot” shows up here and this reeks of a lack of genuine remorse. If I went to someone’s house and shot them without any reason, I hope I could muster up a little more emotion than that, but hey. The other issue is the short story format. I wish to high heaven, this were a novel, but alas, I’m guessing Mr, Curtis doesn’t have his own personal MacBookPro in his cell with all his research and files neatly organized in coloured folders. And you know what they say, if you don’t want short stories, don’t read them. It’s a free world – for some of us.

Rivers of Gold by Adam Dunn 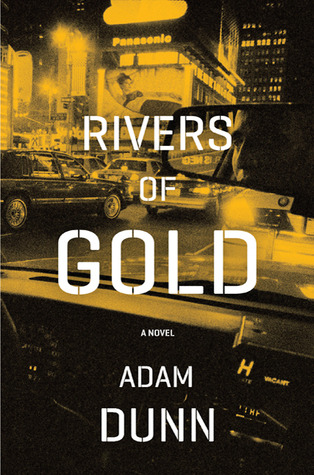 Okay, hold on tight. NYC 2013. Man in a taxi thinking about money and sex. My first impression of Renny was that he was a fat, boring version of Patrick Bateman from American Psycho travelling through an NYC that seemed recognizable to me. But wait, it’s meant to be a dystopian future version of NYC after some huge financial crash and an over running of drugs… It’s always tough when fiction falls short of reality.

Now there is a storyline and once you get into it, it is good but it’s hard to get past the layers of (to a woman) boring man-stuff. There’s a fashion in women-centric novels at the moment for including the recipes of the foods the characters eat, and in Rivers of Gold, there is so much talk of cocktails that I felt it was just the same need being fulfilled but differently. The sex talk is grim and sounds like it’s coming out of a middle aged, over fed man who is partial to botox, as in ‘no thanks, I’m late for a spin class’. But I can imagine plenty of guys really love those scene. Plus Renny gives girls head, so that make him a modern-thinking man, right?

But enough of the man bashing, because Rivers of Gold is a good book. Dunn has some great ideas and thoughts, which translate well on paper as the thoughts and ideas of his characters. He can also write well and in this age of self-publishing, that has to be recognized.

Naturally, this book, both these books, are populated with men and deal with how men think. The women are superficial, attractive or sexual characters or remarkable because they’re not attractive or sexual. I read and enjoyed both books on a surface level, but felt a little out of touch with the context and emotions.

Maybe this is just how guys feel if they read an Alice Walker/Munro collection. To each their own. Thank God we don’t all like the same stuff!