I recently overheard a woman on a London bus compare a guy-who-hit-on-hers d*ck to a diamond encrusted vacuum cleaner. Yes, it made me lean in to hear more but it got me thinking too. Hey, that’s not a bad analogy… and here’s why.

See, I’d just seen a youtube video about a guy, very politely asking a girl out to dinner and her saying no. (He was verbally polite, however, the girl was in a bikini while he was fully dressed and they were obviously meant to be strangers). Next, he reveals that he owns a tank. “Wow. Is that your tank?” She asks (I won’t go into how women wearing bikinis aren’t usually into tanks, but never mind). He responds, “Yes it is. Is that your car?” When she confirms. He then blows it up.

The Psychology Definition of Misogyny
Psychologically, misogyny is defined in very different terms than it is when thrown about online. Misogyny is usually the result of a male receiving psychotic (or teasing) love from a woman at a young age, either his mother, sisters, aunts etc. or a girl in the school yard who screams when he brings her a flower. (Why did the little girl scream? Because patriarchy expects her too. If she encouraged his advances, she would be labeled).
Likewise, we (society) expect men to have a thick skin regarding rejection. It is a requirement of masculinity. Basically, guys are designed to hit on everything with a pulse even if there is very little chance of success. It’s a numbers game, like cold calling doorstep sales of vacuum cleaners. You hit on 10 women, one of them replicates and you’re in. If you only pick one and she’s not interested in you, you get nothing 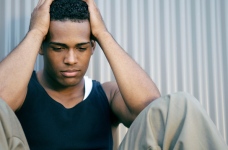 But when a negative response elicits angry or hurt feelings at an early age, men tend to develop a little more like women. They remember the response and learn from it. This affects their later expectations of a woman’s interest. They are more likely to assume a) women are generally not interested in them and will reject them, b) that they do this because it makes them more powerful. They are damaged by the experience and become abusers themselves. Abuse victims becoming abusers is a pretty common theme in psychology JSYK.

But seriously, what has this go to do with diamond encrusted vacuum cleaners?
So think back to the story of the guy and his tank. What he’s trying to say and what his viewers pick up on is the sentiment that… “I’m a nice guy and if you only gave me a chance, instead of being so shallow, you’d see what a nice guy I am. But now it’s too late. You’ve already hurt my feelings and I need to punish you to make myself feel better.”
As a crime writer, I am totally A-OK with this idea, but as a woman who has studied psychology, I see the disconnect.

Because the guy did not show the girl he was ‘a nice guy’ i.e (in guy talk, that he had a tank). He expected her to detect it. As she is not a mindreader, this would be impossible.

Now let’s say that tank was a diamond encrusted vacuum cleaner (DEVC) and you are the lucky man tasked with selling it door to door at a very reasonable price (Because honestly, only a 12 year old thinks women are impressed by tanks. See also: spiders down the back of dresses). This DEVC is going to sell itself, as they say.

You knock and say, “Hey Ma’am, I’ve got a diamond encrusted vacuum cleaner for sale. Do you want to buy it for a very reasonable price?”
What do you think the woman at the door says? She says, “No.”
Is she crazy? Maybe. But also, she doesn’t believe you. Why would she? Has she already seen the flyer with the picture of the vacuum cleaner on? Has she witnessed a demonstration at a friend’s house? Has she seen you on TV with celebrities fawning over your vacuum cleaner? No. As far as she is concerned, you are just like the last guy who knocked on her door and all she got then was slicer dicer that never made Julian fries, broke down after the first 2 minutes and a $50 invoice.

As of yet, you have failed to create a BUZZ about or demand for your DEVC. You’re selling it cold and it’s a product too valuable to schlep around the streets door to door. You keep it at home, nice and safe. So it is an invisible product that she knows nothing about. Just like the girl in the bikini being asked to dinner. She knows nothing about your product. Her automatic reaction is to say “no”. But you do have a friggin’ DEVC! If she only knew it, she would want it. You are a genuinely nice guy who is just asking a girl out and she’s screaming, “I have a boyfriend!” So fuck her, right?

Just like the DEVC salesman, you can walk away full of rejection and hate or you can plan your next sales call accordingly.

This time you need to market your product and create a buzz before you try to sell it. And just like him, you need to go to where your target market is and network. Ladies, like customers, and guys like to see that a product works and is desirable. None of us take the chance of buying something off the street from someone we don’t know.

First contact networking doesn’t happen in bars, shopping malls or at the beach. It happens at work, school, college, in community and church settings, at interest specific conferences and in sports clubs and this is where you need to begin marketing too. There are also plenty of marketing techniques you can use which are scientifically proven to make you and your DEVC more attractive to women.

Once you have an audience, you can introduce your product, your DEVC, aka your nice guy identity, or your dick. And once you have successfully marketed this product, if it truly is the dog’s bollocks, you will have buyers crawling over themselves to get to it.

Basically, if you market your product right, you will never need to cold call another customer ever again and never be rejected again. Your customers will come to you and you can laugh at other guys who still haven’t learnt how straight forward selling the DEVC really is.

Q: Why is it so hard to give bad news to the Japanese?

A: Because you have to drop the bomb twice.

Q: What did Kermit say at Jim Henderson’s Funeral?

Did you find those jokes funny? Good Grief! What’s wrong with you?

Well, as it turns out, you’re not a horrible human being, you’re just intelligent, highly intelligent. Or at least that’s what a new study in Cognitive Processing has found. Intelligence plays a key role in humour and high intelligence is key in appreciating dark humour, black jokes, not suitable for people you don’t really know, kind of jokes.

So smart people are mean?

Not really. The funny thing about jokes (pun totally intended) is that the punch line creates a disconnect between what you thought was likely to be the outcome and the actual outcome. That’s why it’s so hard to guess the punch line – or should be. Jokes, that kind of make sense, or can be deduced are often considered corny. That is, the disconnect wasn’t so great. It’s not that funny.

A dark joke is not predictable, but more than that, it adds an element that should never be funny – death, abuse, doubts about our values etc. It takes a certain ability to organise, compartmentalize, and then to appreciate the disconnect in the jokes and to find it funny.

So smart people are grumpy and disillusioned? Maybe, but not necessarily.

In short, if you’re easily offended by sick jokes, it’s probably because you’re aggressive by nature and not that smart.

I sincerely hope that didn’t offend you.